Lee Willett is one of the race directors of the Sarah Bishop Bushwhack, is an avid trail and ultra runner, the director of the Leatherman Harriers Sunday Runs group, and has competed in several trail ultramarathons including the 50 mile North Face Endurance Challenge at Bear Mountain and the Ultra Trail Harricana, a 75-mile run through the boreal forest of Quebec.

He is a designer and educator whose work has won regional and national awards from Print Magazine, AIGA, Art Director’s Club, Type Director’s Club, and others. His online work has included building sites for companies and organizations in the fields of art, finance, education and technology.

Lee has been the creative leader behind Studio 23 since its founding and has extensive experience developing online and offline communication materials for industries as diverse as art, banking, real estate, education, cultural organizations and municipalities. His experience includes the redesign of such brand-name sites as Atkins.com and Scholastic.com. Additionally, he has launched sites for cultural organizations such as the American Museum of Natural History, the Borough of the Bronx, the City of Yonkers, The Jewish Theological Seminary, and Bedford Community Church.

Lee has also been an Adjunct Instructor of Graphic Design at Pratt Institute in Brooklyn and was a full-time Assistant Professor of graphic design at The University of the Arts in Philadelphia. He has taught courses in Web Development, Identity Development, Typography and Design Systems.

He graduated fromThe Ohio State University with a BSID in Design and studied graphic design at the Basel School of Design (Allegemine Schule für Gestaltung) in Switzerland. 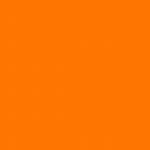 Since the founding of Studio 23 in 2002, orange has been a signature color and, over time, Lee has collected many items in the color including thermos, hats, lots of running gear, and even a car. Orange has become such a signature that friends and colleagues often associate the color with him exclusively, sometimes waving at random strangers who happen to drive the same color car.

Share
Recent Posts
Weather Forecast
The location could not be found.